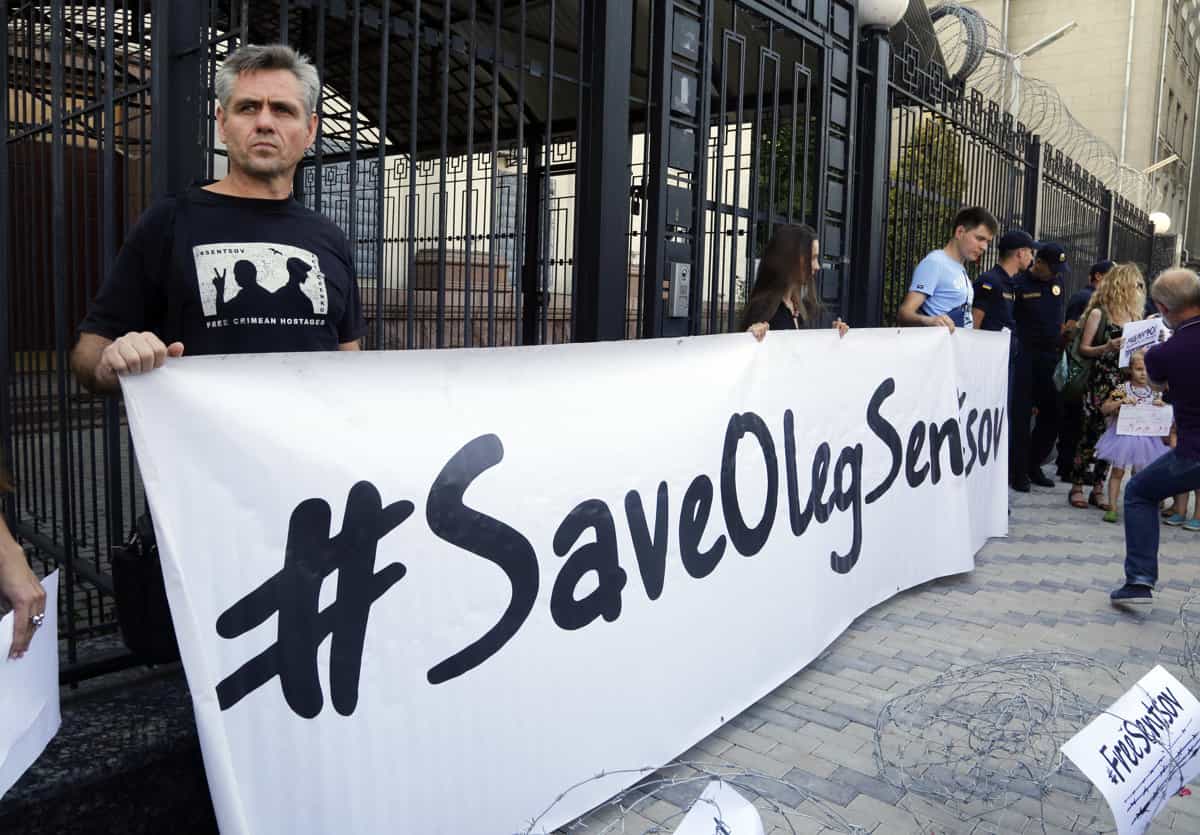 #FreeSentsov is one of the most rapidly signed petition on the White House website. And it is not just a hashtag. #FreeSentsov became a slogan for all those fighting for Democracy in Europe right now.

Oleh (a.k.a. Oleg) Sentsov is a Ukrainian filmmaker and writer. He was born in Crimea. Following Russian illegal annexation of the peninsula, Sentsov has been sentenced for 20 years in prison on charges of plotting a terrorist act. The court process has been described as massively fabricated by most international observers and lawmakers. He is one of the four famous political prisoners of Russia, together with other Ukrainian activists Afanasyev, Chirnigo and Kolchenko. The latter is famous for his antifascist, ecologist and pro-trade union position. On May 14 2018 Sentsov went on hunger strike to protest the incarceration of 65 known Ukrainian political prisoners held in Russia. His health since has completely deteriorated, but he hasn’t stopped the hunger strike.

So how can a simple petition help the matter?

White House petitions are mandatory for the administration to respond to a petition once it’s reached 100 000 votes. Thus, the least the petition can do is raise awareness and bring an issue up for top officials’ attention. And this, sometimes, is already a lot. On the other had, once a petition has been signed by 100 000 votes, White House administration has to thoroughly examine the issue and give a comprehensive answer as per what and how it will be felt with. Thus, in the case of Oleh Sentsov and other Ukrainian prisoners kept in Russia when the injustice is evident top US officials will have to publicly announce their position and therefore put pressure on Russian counterparts.

This may not seem like much, but it is least that the people of the free world can do. And if you would like to sing the petition just do it so here.

How do White House ‘We The People’ petitions work?

Everyone can create and sign a petition. The hard part is to get to 100 000 signatures. It is virtually impossible without the help of mass media or influencers.