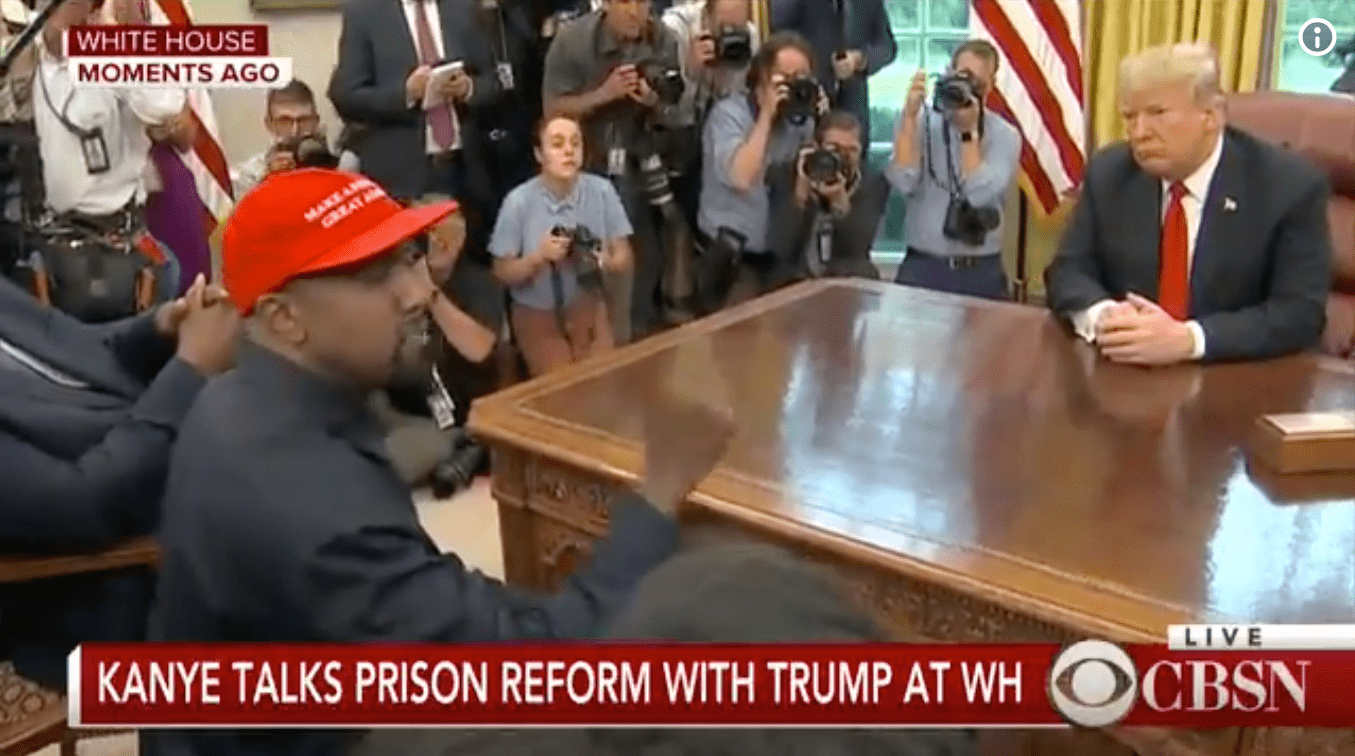 Kanye West headed to the White House for the signing of the Music Modernization Act. The signing happened on Thursday, October 11th.

The Music Modernization Act is a new initiative to ensure that artists who released records in the pre-digital era, more specifically before 1972, are paid loyalties from digital sales. It is a crucial act, given that some musicians who still actively perform recorded many of their most famous compositions years ago.

Many prominent artists came to the White House to be present at the ceremony. Interestingly enough, Kanye West was not actually invited to the signing. According to the singer he just wanted to have lunch with Trump.

In addition, the musician used profanity in the White House. More specifically West said, “He might not expect to have a crazy motherf*cker like Kanye West support him.” according to Geoff Bennett. This caused an outrage on the social media by those who oppose Trump, and not only.

Kanye West goes full Kanye West during Oval Office meeting with Trump, saying of the president: “He might not expect to have a crazy motherf*cker like Kanye West support him.” More from the pool report: pic.twitter.com/Vv7sWEp05k

West also wore a red cap that says ‘Make America Great Again’, the slogan Trump used for his Presidential campaign. In the video by Fox News, the rapper also gets up to hug the President.

Kanye West: “I love this guy right here. Let me give this guy a hug.” pic.twitter.com/fuHyzkW37X

What do you think of the matter? Should profanity be used in the White House?