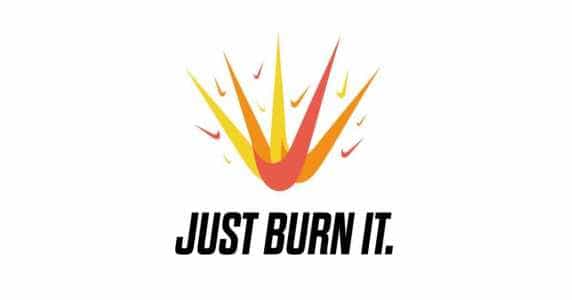 After Nike announced that Colin Kaepernick will be featured in the new barnd’s commercial audience split into two camps again. One side loves the choice and the stand that the company makes. The other started publicly destroying Nike’s apparel and posting photos and videos on social media.

Believe in something, even if it means sacrificing everything. #JustDoIt

In order to celebrate the 30th Anniversary of the Nike slogan, the company announced that the celebratory ad will feature Colin Kaepernick. The black-and-white ad shows a close-up shot of Kaepernick’s face with the words clearly referring to the scandal with the athlete’s protest against police brutality. In case you missed it, Kaepernick, along side other NFL players kneeled, during the National Anthem of the United States. And thus became a hero for some, and a traitor for others.

The ad has inspired some people to boycott Nike. And not only by committing to not purchasing any of the brand’s products in the future. Boycotters post videos and photos of them destroying Nike apparel, that they already possess. Internet users post burning sneakers, torn apart socks and such in order to protest Nike’s position to focus its new campaign around the former San Francisco 49ers quarterback.

Like every other social (re)action this one also had a response. President Trump reacted to Nike’s boycott by tweeting that the company is ‘getting absolutely killed with anger and boycotts’. The President reinforced his position about NFL scandal once again, by stating that the boycott is damaging Nike and that he still finds it hard to watch NFL and they stand for the flag.

However not everyone supports the boycotters. In fact, it seems like there is the same amount, if not more, of people who mock the Nike protesters. One of the most common positions is that Nike doesn’t care much about the boycott, as people are destroying the apparel they had already paid for. Some mockers actually point out that burning Nike products and the hashtag #BurnYourNikes itself which has been widely populated by the mock posts is, in fact, advertising in favor of Nike, thus increasing their sales.

Famous American TV host Jimmy Kimmel also did a stunt that mock the Nike boycott. Kimmel pointed that “Cutting swooshes out of your socks is a powerful statement that says I have too many pairs of socks” on his Tuesday night’s episode of Jimmy Kimmel Live! show. Here is the full clip of the episode:

The ad itself has been been watched more than 10 mln times on Youtube just a little over two days after Nike posted it. And no matter wether you are in favor or against this ad campaign, we think that most can agree that it is a rather rare example of a multi national brand taking a risk and making a statement, wether a right one or not, despite potential decrease in sales.

And what do you think of the matter?