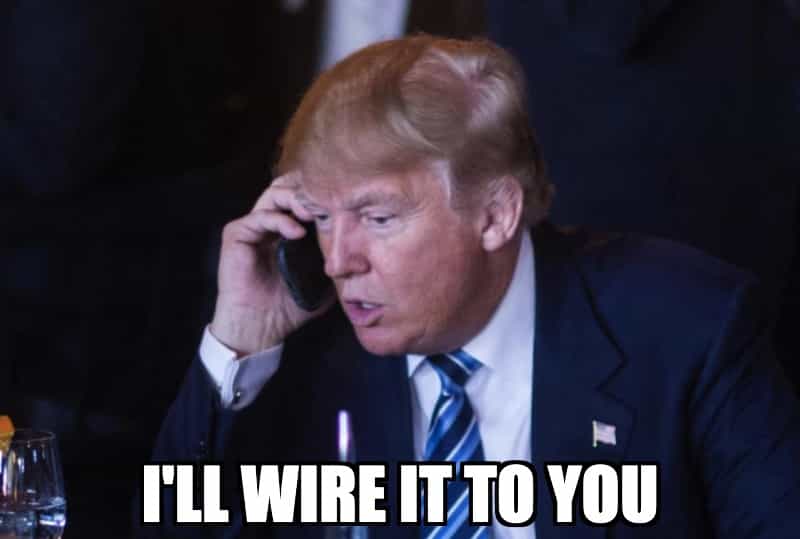 Pentagon officials announced that the US is going to send military aid to the tune of $250 million to Ukraine. This move is aimed at cementing Donald Trump administration’s commitment to support the newly elected government of Ukraine.

According to the US Department of Defense, the new aid package will help Ukraine to, let me quote:

“These reforms will bolster Ukraine’s ability to defend its territorial integrity in support of a secure, prosperous, democratic, and free Ukraine,”

Since the US backed revolution from 2014 that ousted Ukraine’s elected president Viktor Yanukovych , the country received approximately $1.5 billion in the form of security assistance from the Pentagon. Under President Barack Obama, the United States’ involvement in Ukraine consisted of providing non-lethal aid, but this new military-aid package breaks the tradition, as it contains a number of very lethal options for Ukraine’s military. The change of paradigm started back in 2017, when a newly elected President Trump authorized lethal weapons aid for Ukraine by sending anti tank missiles.

Even if the Pentagon claims that the new package is aimed at enhancing the democratic civilian control of the military, it’s not very clear how the lethal paraphernalia is going to achieve that. Since Russia annexed the Crimean peninsula back in 2014 following a referendum, and Moscow backed separatists in Eastern Ukraine started a civil war as they seized parts of the Donetsk and Luhank regions, over 13, 000 people have died during the conflict.

The US and the EU have imposed economic sanctions on Russia for its seizure of Crimea, as well as for supporting separatist fighters both politically and militarily, yet there is still concern that this latest move on behalf of the US government will not help with deescalating the conflict in the region. In the eventuality that the Ukrainian government will use the US supplied weapons, as it probable should do, to fight the rebels in Eastern Ukraine, where a ceasefire is currently holding on, we may very well expect for the conflict to escalate in the near future.