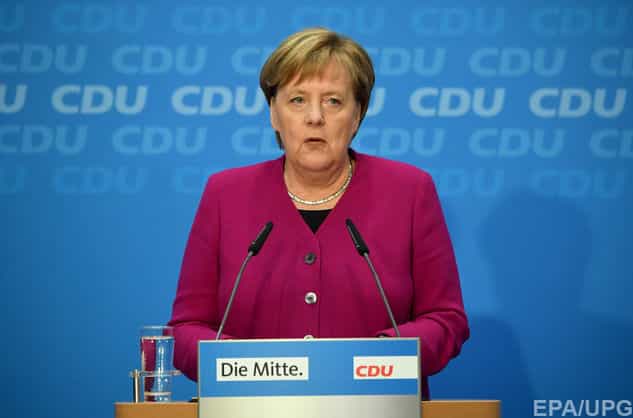 On October 29, German’s Angela Merkel announced that she will step down as leader of the Christian Democrats (CDU) and that her current (fourth) term as chancellor would be her last. At the same time, she has no intensions to step down from a chancellor position early and will serve her term until the next Bundestag elections in 2021, according to DW.

Angela Merkel was a leader of the Christian Democrats (CDU) for 18 years. The next term would have been her fifth one on this position.

This decision is most likely linked to decrease in electoral support for the Christian Democrats both on a local and federal levels, especially after a devastating loss in recent regional elections. And according to Angela Merkel it is time for all parties to think about peace in the country.

“I do know this hasn’t been done before, it is unprecedented, but I believe it offers far more opportunities than risks for the country, for the German government and for my party”

Merkel also believes that it is time for her to step down and make room for the new leaders within the CDU. “I do know this hasn’t been done before, it is unprecedented, but I believe it offers far more opportunities than risks for the country, for the German government and for my party,” she says.

CDU Secretary General Annegret Kramp-Karrenbauer, Health Minister Jens Spahn, and former CDU/CSU parliamentary bloc leader Friedrich Merz all stepped up to replace Merkel on a position of the CDU leader. The party elections are just around the corner, and Merkel’s decision brings forward uncertainty to the party’s future. Merkel also says that she will “wait and see” who will become the next CDU leader, but she is ready to work with a lot of people. She also believes that she has a reputation for this.

How will Angela Merkel’s decision affect Germany and EU in general? What do you think?

Pentagon to Provide Ukraine with $250 Million in Military Aid

Africa Elia Edern - December 8, 2020 4
Many territories in Africa are currently fighting for independence and that has caused civil wars in many areas around Africa, especially in...