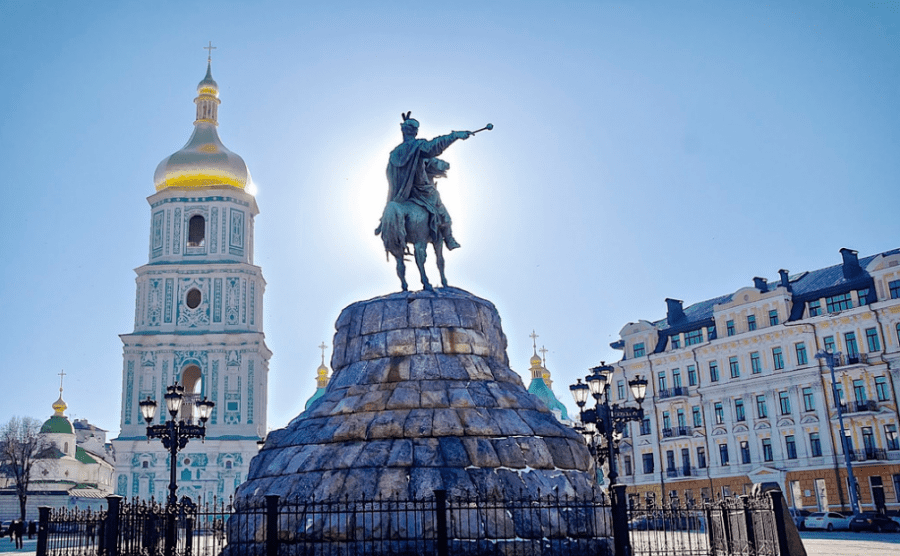 Many westerners are used to call Ukrainian’s capital Kiev, and sometimes get confused seeing it spelled Kyiv. Let’s dig deeper into the roots and understand which one is correct and why some Ukrainians get offended when you call it wrong.

Which one is correct?

First of all, the correct spelling is Kyiv and it is currently the only official transliteration from Ukrainian to English language. The legend has it, that the city was founded by three brothers and their sister and named after the oldest one, whose name in Ukrainian is pronounced as Kyi. Therefore, the city named after him should be spelled as Kyiv.

Why are Ukrainians so touchy about it?

The Kiev spelling is transliterated from a Russian language, and has been widely accepted during the Soviet occupation. Since Ukraine gained independence back in 1991, the only official language in the country became Ukrainian. The spelling, thus, reminds Ukrainians of the Soviet regime.

The issue became a touchy subject once again, after Russia’s illegal annexation of Crimea and the War in the Eastern part of Ukraine broke down in 2014. Since then, the US has passed an official update, making call to ensure all official documents name the city Kyiv, as it should be.

Pentagon to Provide Ukraine with $250 Million in Military Aid