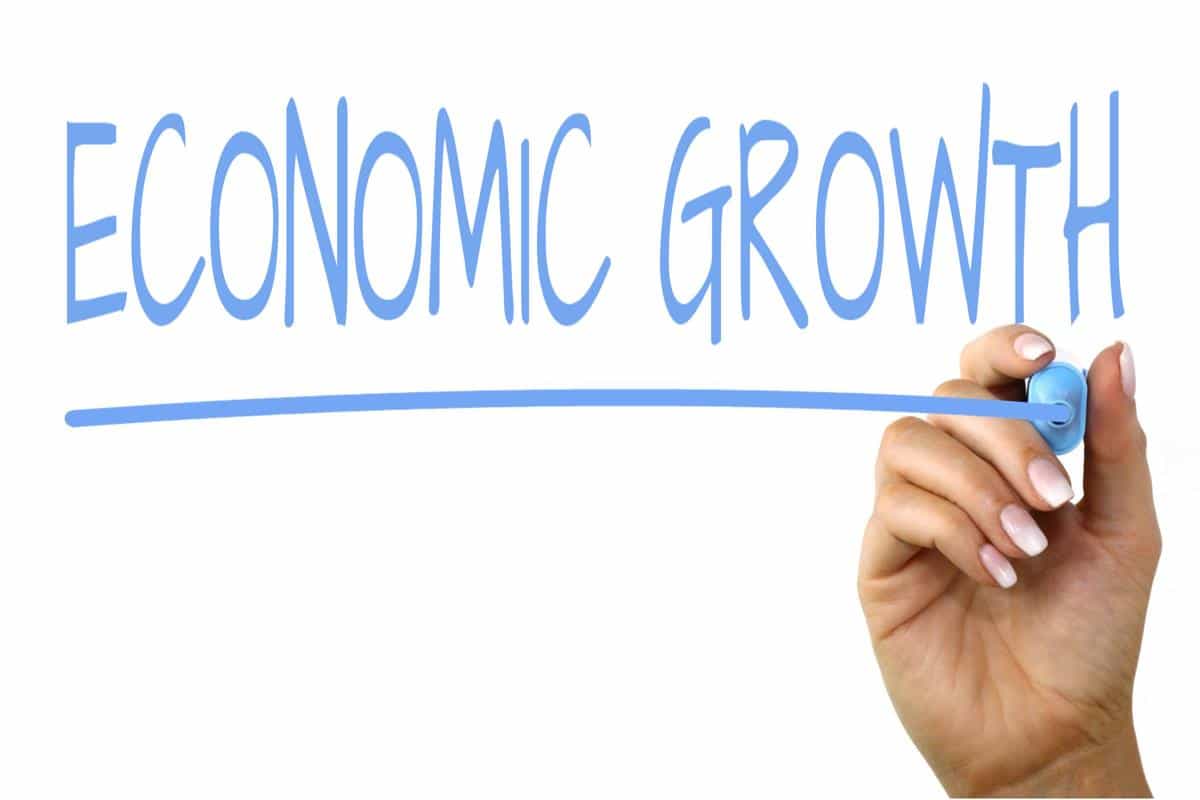 The Gross Domestic Product (GDP) is one of the most commonly used indicators of country’s economics wealth. It is also usually used as a key indicator of the size of economy. Most often it is expressed as a comparison to a previous period of time (usually a quarter or a year).

How is GDP calculated?

Thus, Gross Domestic Product is calculated by placing a monetary value on each of those four components and obtaining their sum. Let’s look closer at each of those.

Consumption is usually the largest component of the healthy economy’s GDP. It consists of a sum of all private expenditures in the economy. Those are purchases of goods (durable and nondurable) and services. Important: Purchases of new houses are not included in the calculation.

This component mostly consists of business investments in the economy. Examples of such would be construction of a new factory or purchase of equipment for one. New house purchases will also be included in this component.

It is a sum of all government expenditures on final goods and services. This component would include all salaries government pays to workers in public sector of the economy, purchases of military equipment and investment expenditures. Unemployment payments are not included here.

Net exports is a simple difference between gross exports (what country gets from selling its goods and services to other countries) and gross imports.

What are the countries with the largest GDP (2018)?

What are the different types of GDP?

Since the Gross Domestic Product is a very broad measurement of the economy, there are many different ways to measure a country’s GDP. Thus, there are different types of GDPs, that can be used simultaneously to determine a country’s wealth.

This is a raw GDP measurement that doesn’t take in account any price changes. Therefore, it is not accounted for inflation.

This is the same GDP measurement, but it also takes in account the affects of inflation. It is calculated by multiplying a price deflator by the nominal GDP. Thus, if economy grew, but prices also grew by the same percentage, nominal GDP would show growth, while real wouldn’t. Real GDP is the most commonly used way to measure economic growth.

This is the most common way to compare economies of different countries. Let’s say the US and China have the same GDPs (they don’t for now, but let’s assume so), but the US population is roughly four times less than China’s. Thus, average Chinese citizen gets a much smaller slice of the economic cake. This is why the economists usually divide Gross Domestic Product by the number of residents. It shows the country’s standard of living.

How it affects regular citizens?

While there is no direct effect of GDP on personal wealth (ie. the GDP growth doesn’t always mean increase in wages of a given person), it actually impacts all citizens in the long run. Investors usually look at GDP to decide wether to invest in the economy and compare countries’ growth rates to determine which to invest in. Thus, increase in GDP usually means that economy is growing, and more investments should be poured into it. More investments usually means more jobs, and more jobs usually means higher living standards. Moreover, the GDP affects interest rates, which are extremely important, especially for those wishing to lock themselves in a mortgage. Therefore, every resident should be interested in where his country’s economy stands to understand better his personal financial prospectives.

This article is part of the #EconBasics series in which we will explain in simple terms the fundamentals of Economics.

The Dangers of Artificial Intelligence

What has the biggest influence on shaping your political ideology?

9 Weird Laws From Around the World